5 REASONS WHY AN ELDER IS NOT SLEEPING PROPERLY 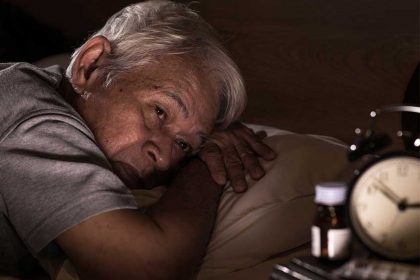 Is your sleeping pattern different from what it was when you were younger? If yes, then know that it occurs to many other people. Our sleeping habits indeed change as we get older. Nearly half of men and women over 65 report having at least one sleep issue. And it is common for many people to develop insomnia or other sleep issues as they get older.

As we have seen thousands of residents at My Noble Care, we can say that older adults, on average, sleep less as compared to the sleep schedule when they were younger. However, proper sleep is necessary for good health at any age.

5 MAJOR REASONS OF AN IMPROPER SLEEP

Here we are listing the five common reasons for having an improper sleep:

Insomnia is the most frequently observed sleep disorder in people of all ages but especially older people. In a study, 50 percent of older persons have said they have insomnia symptoms.

You may feel any one or a combination of the following symptoms if you have insomnia:

A medical or psychological issue may cause short-term insomnia that lasts less than a month. It might also happen due to a change in personal circumstances, such as the death of a loved one, relocation, or being hospitalized. Even if the underlying reason has been cured, insomnia is termed chronic if it lasts more than a month.

Many medicines have stimulant properties, which can induce sleeplessness. Higher doses used at night are known to cause frequent awakenings to go to the washroom or even make older adults restless in general as well. In patients who report excessive daytime drowsiness, the possible sedative effects of drugs (particularly long-acting sedatives that are incorrectly used as sleep aids) should also be considered.

Some medicines make it difficult to fall or remain asleep or even keep you awake. If you suspect this is the case for you, consult your doctor.

Sleep-Related Breathing Disorders (SRBD), also known as Sleep-Disordered Breathing, is a broad term that refers to various issues with how people breathe when they are sleeping.

Sleep Apnea and Snoring are two types of sleep-disordered breathing, which makes breathing more difficult when sleeping. These problems can cause people to wake up often at night and feel sleepy if they are severe throughout the day.

Sleep Apnea is a prevalent disorder that must be diagnosed because it’s been linked to various other health issues. A person with sleep apnea has frequent pauses in their breathing while sleeping.

, however, is a relatively frequent problem that affects over 40% of individuals if we talk about Snoring. It is more prevalent in older adults and those who are overweight. Snoring can cause not just numerous nighttime awakenings and daytime tiredness, but it can also interrupt a night of sound sleep.

Restless Legs Syndrome (RLS), and Periodic Limb Movement Disorder (PLMD), are two movement disorders that can make it difficult to sleep. People with both of these diseases move their limbs when sleeping, resulting in poor sleep and daily sleepiness. Both disorders are frequently found in the same person.

Restless Legs Syndrome is when a person is trying to fall asleep, they may experience itching, crawling, or restlessness. The sensations are uncomfortable but not severe, and they improve as you walk around.

The specific scientific causes of this issue are unknown; however, it appears to be linked to dopamine and iron levels in the brain. It is assumed to have nothing to do with neurodegeneration.

Periodic Sleeping Limb Movements (PLMS) is a complex problem to treat; PLMS produces irregular movements in the lower limbs when sleeping. The motions may or may not wake the individual up; nonetheless, a bed companion may find them bothersome. Toes, ankles, knees, and hips can all be affected.

According to one research, over 40% of older persons had at least a moderate degree of PLMD.

Aging brings a slew of changes to one’s life. Some of them are positive, and others are pretty challenging. When you lose someone you really love and care about, move away from your family home, or are diagnosed with an illness that alters your life, you may feel intense stress, disrupting your sleep.

Sleep disturbance is associated with nearly every mental health problem. If you have difficulty sleeping, your anxiety may arise, and if you have excessive pressure, you may also have trouble sleeping. It’s a two-way path when it comes to sleep and worry.

If your older adult is struggling to sleep, the first step is to analyze and address any lifestyle problems preventing them from getting a decent night’s sleep. These significant reasons for not having proper sleep can help you find your elderly issue better. Talk to the doctors they can assist you in determining the cause of your elder’s sleeping problems and determining the proper therapy to receive the rest you require. For more details on elderly care follow My Noble Care.

What you can read next 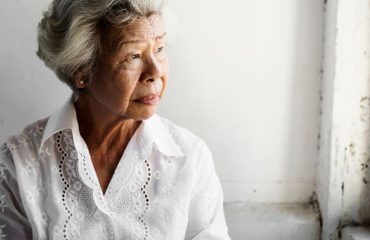 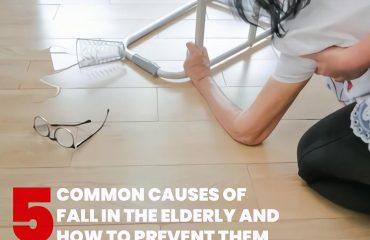 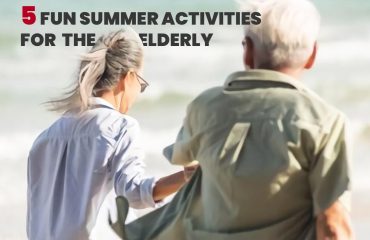